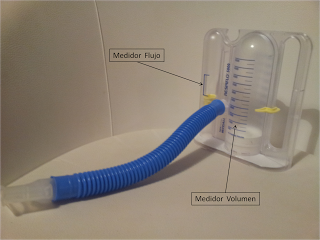 Either your web browser doesn’t support Javascript or it is currently turned off. In the latter case, please turn on Javascript support in your web browser and reload this page. To evaluate the vital capacity after two chest therapy techniques in patients undergoing abdominal surgical. A prospective randomized study carried out with patients admitted to the Intensive Care Unit after abdominal surgery. We checked vital capacity, muscular strength using the Medical Research Council scale, and functionality with the Functional Independence Measure the first time the patient was breathing spontaneously D1and also upon discharge from the Intensive Care Unit Ddis.

Between D1 and Ddis, respiratory therapy was carried out according to the randomized group. The vital capacity improvement was not associated with gain of muscle strength. Chest therapy, with positive pressure and volumetric incentive spirometer, was effective in improving vital capacity of patients submitted to abdominal surgery. 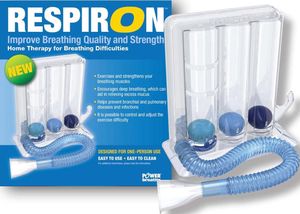 Shallow breathing occurs as a result of pain, reducing lung volume and capacity, which may last for 7 to 14 days after the surgical procedure. Respiratory therapy is helpful from the prevention to the treatment of pulmonary complications and comprises several techniques. The objective of using of the incentive spirometer is to encourage the patient, through visual feedback, to sustain maximum inspiration. Bi-level positive airway pressure, whether continuous or intermittent, has proven beneficial in prevention and treatment of pulmonary complications after heart surgeries.

However, there are few studies that significantly express a comparison between techniques, such as the incentive spirometer and bi-level intermittent positive airway pressure during bedside patient care in the postoperative period of abdominal surgery upper or lower.

This study was approved by the Research Ethics Committee, under protocol number Patients included were over 18 years of age and underwent abdominal surgery, with or without pulmonary complications.

Randomization was done by a draw to divide the patients into two groups: Measurement of vital capacity VC was performed as described by the American Thoracic Society and by the European Respiratory Society, 12 on the first day the patient started breathing spontaneously D1 and on the day of discharge from the ICU Ddis.

Vital capacity was always checked at the beginning of treatment D1 before and Ddis before and at the end of respiratory therapy D1 after and Ddis after and 30 minutes after it D and Ddis The respiratory therapy technique to be used with patients, according to the randomized group, was followed at all times. These measurements were collected on D1 and Ddis. With regards to respiratory therapy at the time of patient assessment in the study, the following exercises were performed: To wrap up the treatment according to randomization, bi-level intermittent positive airway pressure was performed in the Positive Intermittent Pressure Group, with the proper equipment for non-invasive, bi-level pressure mechanical ventilation, with inspiratory airway pressure and end-expiratory airway pressure.

Due to the lack of studies showing the benefits between the use of bi-level intermittent positive airway pressure techniques and volumetric incentive spirometer in postoperative patients who underwent abdominal surgery, it was possible to do the calculation of the sample based on the results of the first 10 cases assessed pilot.

Thus, the required sample for the study was 19 patients per group. Vital capacity results were described on the second day of assessment and at the moments to evaluate measurements during therapy before, at the end of therapy, and 30 minutes after.

MRC and FIM results were described as days of assessment and using summary measurements mean, standard deviation, median, minimum and maximum. The study comprised a sample of 38 individuals who were divided into two groups after randomization.

However, the type of abdominal surgery was not a criterion for randomization interference Table 1. However, in regards to the correlation between each moment, there was significant difference in VC measurements Figure 1.

The Positive Intermittent Pressure Group was formed by a higher percentage of upper abdominal respiatrios, most of which were liver transplants, whereas the Volumetric Incentive Spirometer Group had a prevalence of lower abdominal surgeries.

Although the groups did not present significant differences between them, literature shows that upper abdominal surgeries tend to trigger more pulmonary complications.

Respiratory therapy is important in incentivaadores ICU, and, among all the techniques used in that environment, intermittent positive pressure appears as a device that may help increase lung volumes and optimize gas exchange. Regardless of the technique or respiratrioe here employed, there is evidence that respiratory therapy is beneficial and efficient when applied to bed-ridden patients with respiratory mechanics alterations triggered by surgical procedures. 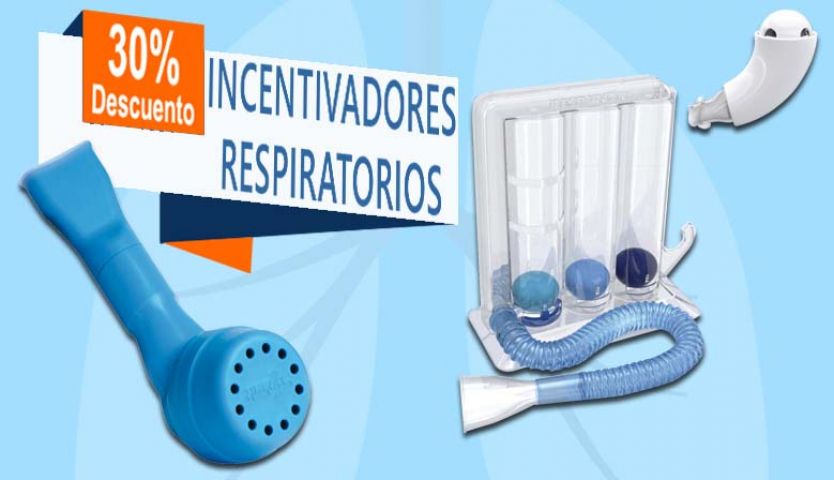 In our results, the most significant gain happened on the first day of therapy, when we observed a significant difference between D1 before and D1 after. This suggests that respiratory therapy in early postoperative stages may prevent VC from staying too low and, consequently, prevent other pulmonary complications. Despite a small decrease after therapy, there is still gain in pulmonary function.

However, when comparing D1 to Ddis, the gain between the two moments was not as significant as on D1. This is an extremely important point, since these patients present with altered respiratory mechanics and need respiratory and functional re-education in the postoperative period. In relation to patient functionality, rehabilitation was efficient in the gain of these measurements. Initially, the patients showed decreased overall muscle strength, with consequent restriction of daily functions and, after rehabilitation, overall muscle strength showed significant improvement.

This has us considering that the improvement in VC was related to respiratory function optimization with lung volume and capacity increase, and not to the gain of overall muscle strength.

A possible limitation of this study was due to the short ICU stay as a result of high patient turnover. However, patients undergoing abdominal surgery may present changes in ventilatory mechanics immediately after surgery, which prompts pulmonary complications.

Another limitation was the authorization by the medical tespiratrios to use of positive pressure in the postoperative period; however the proposed goal was reached. The was no correlation between vital capacity gain and the Functional Independence Measure and the Medical Research Council scales, but the patients presented increased strength and functionality separately.

This suggested that respiratory therapy aids in overall muscle strength improvement, with enhanced functionality, bringing more independence to the patients in their activities of daily life. Europe PMC requires Javascript to function effectively. The snippet could not be located in the article text. This may be because the snippet appears in a figure legend, contains special characters or spans different sections of the article.

This is an Open Access article distributed under the terms of the Creative Commons Attribution License, which permits unrestricted use, distribution, and reproduction in any medium, provided the original work is properly cited. Methods A prospective randomized study carried out with patients admitted to the Intensive Care Unit after abdominal surgery. Conclusion Chest therapy, with positive pressure and volumetric incentive spirometer, was effective in improving vital capacity of patients submitted to abdominal surgery.